Salesforce is much more than a CRM. When it comes to apps for corporate use, (both mobile and the web) the American cloud giant platform has become a benchmark. In recent times, they have made a wide repertoire of tools available to companies, both to develop applications without touching code (such as the Lightning App Builder) and for expert developers to take full advantage of its benefits (such as Salesforce DX). In addition to that, they never stop working to make things easy for different developer profiles, from the most beginner to the most professional, who may be interested in creating apps with Salesforce.

The managers of multinationals are aware that it is very difficult to find talent in technical profiles, so they seek to offer their clients all possible options to compensate for it. Its latest and very important announcement is Lightning Web Components, a programming model designed so that more than 7 million developers who already handle JavaScript can develop apps on the Salesforce platform using the language they already know, without the need to acquire new skills.

Until now, companies that wanted to develop applications for Lightning had to hire profiles specialized in the Aura programming model, exclusive to Salesforce. This made sense in 2014 when it was released because then, it was not yet clear which programming languages and frameworks would become standard. There was so much competition that it made more sense to create your own. So, the Lightning Component framework and what has been its programming model until now, the aforementioned Aura, emerged. The problem that accompanies this fragmentation is that developers have to learn several languages and, even more significantly, that the code they create with one framework is not compatible with the rest, so all the work that is being done in the community of React or Angular does not work for the Lightning platform (and vice versa).

That said, the current scenario is nothing like that of 2014. Today, there is a trend towards standardization and JavaScript has become the closest thing to the universal language or lingua franca of the internet. With Lightning Web Components, Salesforce gets up to speed and is able to offer, at the same time, the best of modern JavaScript (supports ES6+) and the best of the already extensive catalog of services for developers that the Lightning platform includes (from Data Service to accessing your CRM data to Locker to implementing security measures).

Ultimately, for Salesforce's 150,000+ customers, this means it is easier than ever to find developers who can build Lightning apps that connect to your CRM and harness your business data with the power of Salesforce. Without forgetting, of course, the potential represented by Salesforce Einstein (artificial intelligence) or Salesforce IoT, which will also be at your service. All of this does not mean that the work that companies have done with Aura is no longer useful or that they will be forced to adapt it to the new programming model. Components built with Aura and Lightning Web Components will be able to coexist and cooperate across webs and apps. Companies that are already developing components with Aura will be able to continue doing so if they wish. And little by little, if they choose, they will be able to migrate their components to Lightning Web Components to benefit from the substantial performance improvements that using standards implies.

For their part, companies that until now had not been encouraged to develop components will be able to put their JavaScript developers to work with Lightning Web Components, without running into the old barrier of entry that was finding specialized profiles. After all, components are the key to Lightning. Working with these reusable blocks of code can greatly speed up app development. Not only can developers leverage the same code across multiple projects, but they can tap into the huge marketplace of third-party components for what they need. This way, they save time that they can invest in what is important in the most innovative parts of their app.

The jump to Lightning Web Components will make that component marketplace grow much faster, with many more developers involved, and therefore, the chances of shortening development times increase. In other words, developers can do much more in less time because others will have already done and shared some of the work. There are also many more components available to those who use the App Builder to develop without breaking code.

Structure Of A Lightning Web Component

Having said all that, it cannot be disputed that now is the best time, if ever, to start early and learn Lightning Web Components as they offer the latest, up-to-date web standards, interoperate with existing code in a seamless manner and deliver unprecedented productivity and performance.

If you are looking for a reputed Salesforce development company that operates around the globe, you can get in touch with us. Our leading global company, headquartered in Australia, has been working tirelessly and passionately to assist businesses in growing and becoming recognized entities in no time. Some of our main services include Salesforce Application Development Services, Web Applications, Business Intelligence And Analytics, Mobility, Oracle Consulting, Cloud Services and much more. We also offer a wide range of e-commerce and digital solutions to help you outdo and outperform your competitors with the latest and best technologies at your disposal. 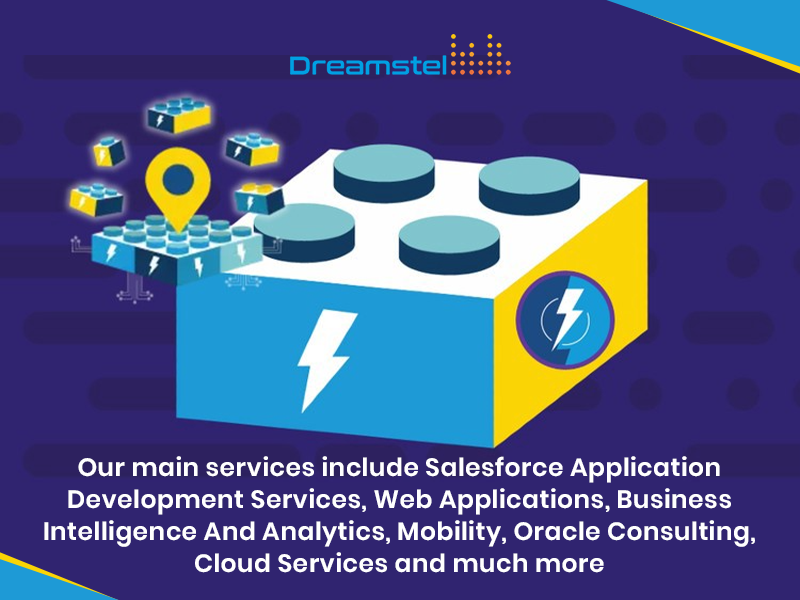 Your search for the leading Salesforce CRM consulting services is at an end. Get in touch with our team today!

About the Author Rajat Kesarwani is the CEO of Dreamstel Technologies. With over 15 years of experience in maintaining business relations with esteemed companies across the US and Australia, Mr. Kesarwani has earned an excellent reputation in the IT industry. He has been offering advanced technology services to businesses that require any kind of IT solution. His expert services at Dreamstel includes developing and introducing next-generation apps and spreading awareness about Salesforce. His objective is to reach out to companies in need of advanced technology solutions, and he has been successfully moving ahead in the right direction to do so, through Dreamstel Technologies.

-November 26, 2021: The Power of IT Solutions for the Retail Industry

-November 02, 2021: Why Should You Use The Package Development Model In Salesforce?

-November 01, 2021: All You Need To Know About Integrating Tableau Into Salesforce